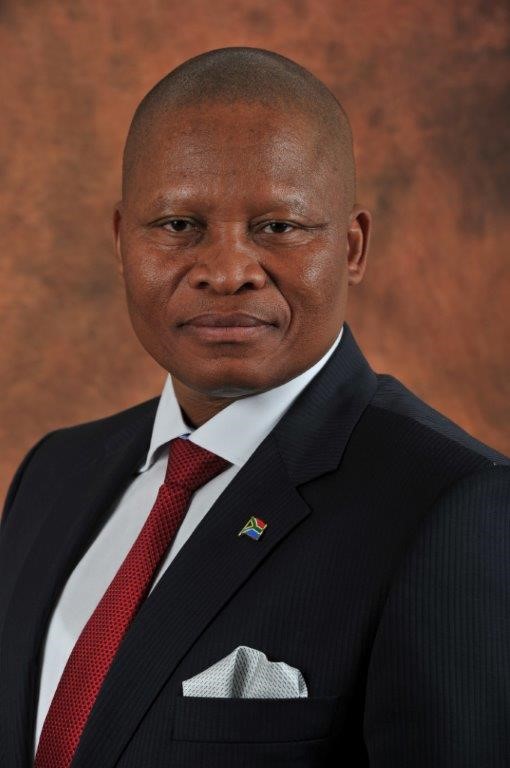 Chief Justice Mogoeng Mogoeng is the fourth Chief Justice of the Republic of South Africa since the dawn of democracy.

He was born in a small village called Goo-Mokgatlh (Koffierkraal) village, in the North West Province of South Africa. He is married to Mmaphefo and they were blessed with three children: Johanna, Mogaetsho and Oteng.

Mogoeng Mogoeng started his professional career as a temporary interpreter and was later appointed as High Court prosecutor from March 1986 to February 1990 in Mafikeng. He did pupillage at the Johannesburg Bar and practiced as an Advocate at that Bar from June 1990 until the end of 1991. He left to join Mafikeng Bar from January 1992 and later served as the Deputy Chairperson of that Bar Association until his elevation to the Bench. In June 1997, he was appointed Judge of the North West High Court and in April 2000 a judge of the Labour Appeal Court. In October 2002, he was then elevated to the position of Judge President of the North West High Court.

Mogoeng was requested by fellow judges President to serve as a member of the five-member committee led by the then Chief justice Pius Langa. That committee investigated racial and gender discrimination within the Judiciary and proposed the necessary remedial action.

Mogoeng is an ordained pastor and he serves in several church structures.

Speeches by the Chief Justice

THE PROMOTION OF DEMOCRACY AND CONSTITUTIONAL JUSTICE (Korea Visit)

CELEBRATING 15 YEARS OF THE SIGNING OF THE SOUTH AFRICAN CONSTITUTION

THE ROLE OF THE JUDICIARY IN PROMOTING PEACE, GOOD GOVERNANCE AND SUSTAINABLE ECONOMIC DEVELOPMENT