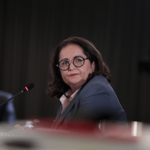 One of seven female researchers appointed at the inception of the Constitutional Court in 1995, Judge Fayeeza Kathree-Setiloane clerked for Justice Yvonne Mokgoro.

She is currently a board member of the Centre for the Study of Violence and Reconciliation and the Institute of Directors Southern Africa.